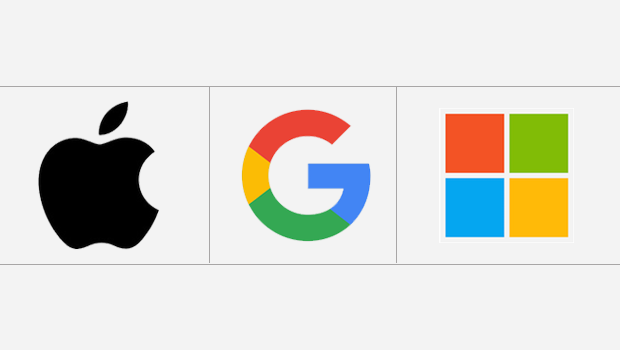 Apple’s brand name is extremely large, and owning an Apple product, ends up, no matter what, as a form of status.

Made the ideas of computers popular. Remains to be the biggest distributor of computer hardware and software, although many other companies beat it in terms of quality.

Is the number one advertiser in the entire world. Everybody comes to this giant to earn money online, advertise online. Google wouldn’t be complete if I didn’t include their search-engine.

Google’s search-engine is the largest, and quickest in the world, serving a huge amount of people. (But then all your data is sold for nice amounts of cash.)

Google also offers a number of different services. A cloud-based service, e-mail and most importantly, Youtube.

Now, Google, Microsoft, Apple, all three companies are so big, it’s difficult to say which one will lead the future.

The best bet is Google, from its varied prospects. I mean, Google does advertising! Cloud-software! E-mail! Video! Phones!